Lost in the Dessert 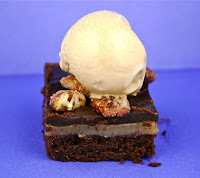 You know those ideas that get stuck in your head, the ones that you don’t know where they came from? It’s 3 a.m., and I wake with the peculiarities of a spelling dilemma on my mind—of desert (that sandy place) and dessert (those sweet things). Don’t even get me started on the ridiculousness of the English language (two, too, to, tutu), (do, dew, due) Stop! Stop!

So, as I’m laying there, noticing that I’m not sleeping, my mind wanders—sort of gets lost in the desert of those arid, vapid thoughts that are a part of the 3a.m. landscape. What if I were writing an essay or a story about getting lost in the desert, but accidentally typed dessert, and Word Check didn’t catch it because it doesn’t do context? That idea bridged itself over to, well, what would it be like to be lost in a dessert? Chocolate mousse being my favorite, could I lose myself in it? And, what does it mean to lose yourself? Or better yet, what is the Self that one fears losing? Do you see how quickly this goes from bad to worse?

There’s no one to talk to at 3 a.m. Well, actually, there are probably hundreds—perhaps thousands—of women up at 3a.m. (it’s a menopausal thing), but just in case this is the one morning their sleep hasn’t been ripped from them by hormonal fluctuations, I certainly don’t want to risk jangling them into consciousness via a phone ringing in the dark. That’s always bad news, right?

I’m stuck with the cobwebby trail of trying to follow the obscure thought of being lost in a dessert. Let’s suppose for a moment, that lost means totally given-over to, or absorbed by the experience or idea of something, as when you lose your heart by falling in love.

I’ve had a total absorption experience like that—with a dessert—where there was nothing for that moment but the taste and texture living its life to the fullest in my mouth. For an instance, I lost track of who I was with, the hustle and bustle of wait staff, the clatter from the kitchen at the far end of the room that had just a moment ago been hugely irritating. Gone. Absorbed. The culprit was a slice of Double Chocolate Caramel Torte with Hazelnut Gelato at a local pizza house. There was an explosion of flavors all over my tongue—the more I chewed, the richer and more complex the flavors became. There was nothing but the moment. If you could take a bite of Heaven, that might be what it would taste like.

Where did I go while that dessert was busy blowing out my brain cells? I’m tempted to make reference to the 60ies when this sort of experience was more the norm, but not all of you lived through that era, and it might be lost on you. However, surely, I’m not alone.

There’s a Comment button just below the post. I’d love to hear about your experience of being lost in a dessert. Let me know a little something about who you are, what the dessert was, and your experience of that moment. I’ll be glad to post it on my next blog update.

Many times, I discover someone who can put into words what I think, believe, or feel so much better than I. This week, I offer you a wonderful 20 minute video of Dr. Brené Brown, Professor at the University of Houston. I have dubbed her talk, "Don't Go Numb." She addresses the subjects of vulnerability and connection in a way that might just get under your skin-in a good way.
Posted by Jo at 9:54 AM No comments: 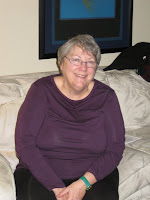 It occurs to me that I don’t have to do everything myself—that’s the plight of most Virgos. There’s a terrain of creativity where I don’t wander on foot, but watch and appreciate from a distance. Poetry. I’m overwhelmed by it, a little bit in awe; I don’t understand the structure. One of my favorite local poets is Anne Marie Cheney—she’s also in my writers group—and I’ve asked her to be a guest blogger today. She writes:

So this is me, writing a blog. Who would have ever thought? But my dear friend, Jo, asked me to be a guest on her blog and it seemed rude to say no. To be honest, I’m pretty much of a Luddite when it comes to technology, a technophobe if you will. I am writing this at my desk with a fountain pen and a pad of clean lined paper. I can’t compose on a keyboard (I almost said typewriter!). I can barely type. I love the feeling of pen-in-hand and ink-on-paper. My reluctant Muse need coaxing and the cussing and corrections that attend my typing spoil the mood.

Jo thought it might be interesting for me to talk (or write) about why I write poetry. But really, you might as well ask “Why do I breathe?” Poetry has always been a part of my life. My parents both read and sang to me from the time I was a baby. I loved the rhythm of the words in those Golden Book stories and The Child’s Garden of Verses. As I got older, Mom would sometimes direct my friends and I as we acted out scenes from Shakespeare, those wonderful words rolling off our tongues: “Bubble, bubble, toil and trouble.” I was also fortunate enough to go to school when actual education was considered important, so poetry and art were always a part of the curriculum from kindergarten through college. My childhood friend, Mary, and I started writing poetry (badly) when we were 12 or so and I just never stopped. I love the mystery of poetry, its metaphors and magic. Poetry has rhythm and luscious language that can seem out of place in the prosaic world of everyday.


GODDESS OF THE SEA

The sea
beautiful, inviting, treacherous,,
all turbulence and undertow
waves of foam and power
eroding the hardest rock.

Yet that wildness
calls to me.
I long, from the safety of the shore,
to loose myself in its depths,
rising up
to ride waves of delight
wind in my hair
goddess of the sea.

I am the night sky
deep velvet
full of emptiness, mystery.

Stars scattered throughout my hair;
fire and ice collide in my embrace
creating comets to sing my stories
across galaxies.
Posted by Jo at 8:07 AM 2 comments: 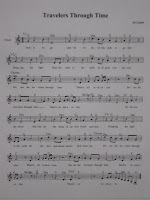 Happy new year to all. May your best dreams come true.

December was a musical month, singing, composing, playing with the muses who drop tunes on me like rain from a passing storm cloud. I’ll never get used to that hit-and-run feeling of being left with a snippet of tune, or half a line of lyrics, and a lingering sense of some ethereal being saying, “Okay, see what you can do with this,” before blowing on out of here. Don’t get me wrong; I’m grateful, but it’s always shocking.

I knew I’d have an excess of free time in December, with clients away for the holidays, or saving their money for gifts, or down with the winter flu-bug. I had every intention of using my downtime to work on my novel—it’s coming along nicely. I’m already on Part 2, and I didn’t even know there was going to be a Part 2! Even my editor was okay with ending the story where it ended; but no, my characters weren’t finished.

“You can’t just leave us hanging, homeless,” they clamored.

“O. Henry did it all the time,” I retorted. “He was known for cliffhangers.”

“O. Henry was published,” they jeered.

Really, what can you say to that? Anyway, as the fates would have it, I didn’t get much done on my novel. A new song, a trancy little tune, found its way into my consciousness, and another song I’d written—a blues piece—begged for two more verses and a bridge. What’s a girl to do?

Travelers Through Time (click on the picture above to enlarge it) speaks from that part of me that knows we are all just passing through, from somewhere else to somewhere else, touching down briefly in these earth-bodies before moving on. If you read music, I hope you’ll play this and let me know what you think.
Posted by Jo at 10:05 PM 1 comment: